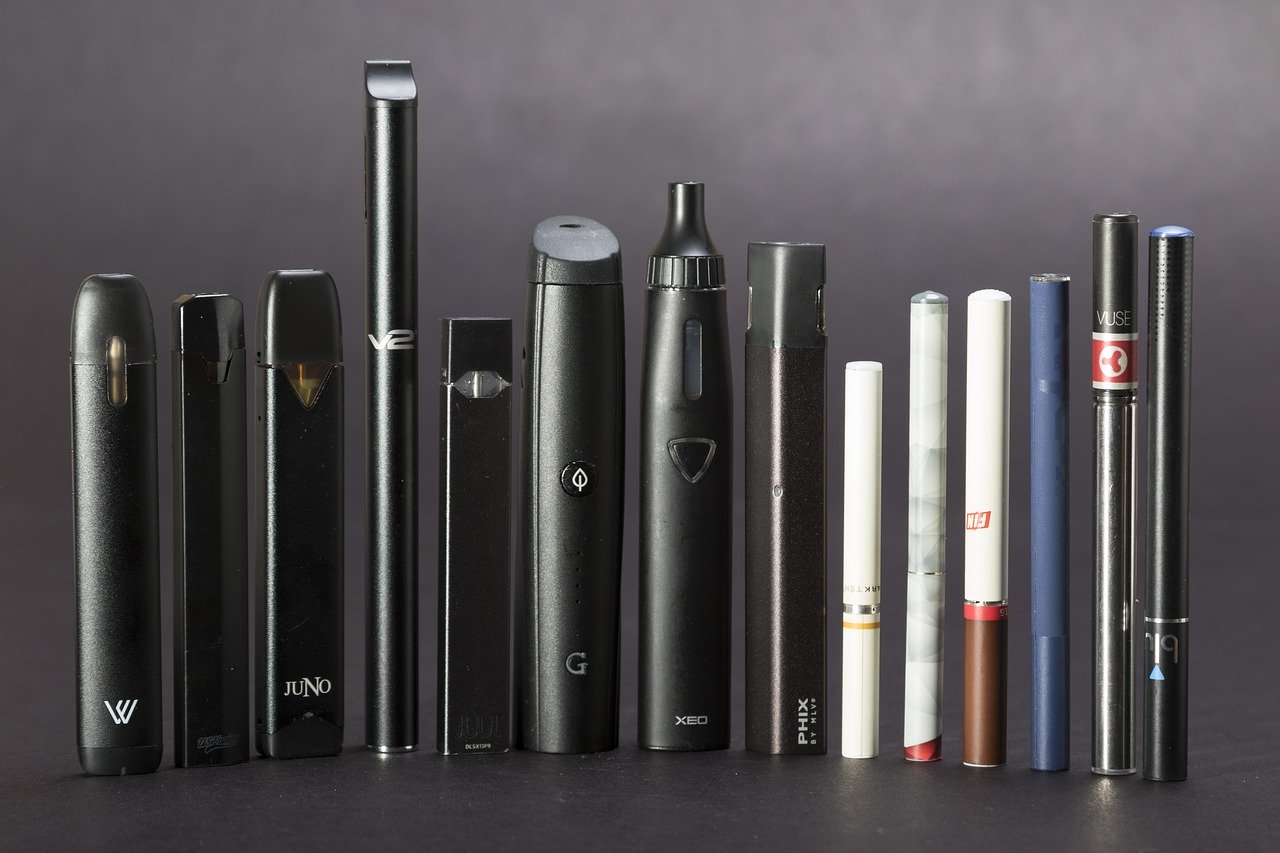 As a manufacturer of e-cigarettes, the JUUL company has advertised its products pretty well. For that reason, its e-cigarettes became widely popular among adults who sought an alternative to cigarettes.

But things have quickly fallen apart. More and more parents and teachers found out that JUUL’s e-cigarettes found their way to children and teens.

In this article, we’ll help you understand more about the JUUL lawsuit. We’ll break down the dangers of their products, and what to do if your kid has been affected by them.

First of all, let’s give you more information on JUUL e-cigarettes.
This e-cigarette is a vaping device shaped like a USB drive. It uses a heating element, which is run by a rechargeable battery, to activate oils laced with nicotine. After these solutions are activated, they produce aerosols that the user can inhale.

The nicotine-laced oils come in various flavors, which resulted in people taking a special liking to the product.

The technology behind this e-cigarette, and how it has been advertised, made JUUL a leading company in the field.

There are many reasons why smoking adults found an instant liking to JUUL products. Part of the JUUL marketing campaign focuses on the claim that their e-cigarettes are a safer alternative for heavy smokers.

Generally, e-cigarettes were created to help smokers on their path to quitting smoking. With the rising popularity of the concept, JUUL climbed quickly to the market.
As the JUUL website promises, their e-cigarettes could improve the lives of millions of smokers around the world.

In addition to that, their technology doesn’t depend on burning tobacco like regular cigarettes. This made people more encouraged to try them out.

Even though they have been advertised to appear safer than regular cigarettes, e-cigarettes aren’t so safe.

The following reasons will help you understand why e-cigarettes are worrisome.

Nicotine is the main reason why smokers try to quit smoking. You’d think e-cigarettes would help by containing zero nicotine. But this isn’t the case here.

The solution in a JUUL pod contains enough nicotine to pose a threat of developing an addiction.
If becoming addicted to the nicotine in JUUL’s isn’t enough, there are more health issues to worry about.

Studies performed on both smokers and non-smokers have shown that consuming nicotine affects the brain in many ways.

For instance, a study found out that nicotine can delay brain cell development during adolescence. Scientists argue that the brain is vulnerable during the teenage years, that’s why brain cells can be easy targets to the effects of nicotine.

Another thing to be aware of, researchers have found that nicotine raises blood pressure. This leads to an increased heart rate and might cause stiffness of arteries in the future.

As a result, the health of a vaping person’s heart might be at risk in the long run.

Many studies have found relations between nicotine consumption and mental health issues like depression and anxiety. Test runs on both humans and animals verify that nicotine is also dangerous on the mental level.

You might want to pay more attention to this point. As many children and teenagers already have anxiety issues. According to statistics, 1 in 3 teens aged 13 to 18 years has an anxiety disorder.

In addition to that, a lot of teenagers suffer from depression and might take to vaping as a form of release.

That’s another reason why e-cigarettes should remain out of a teenager’s reach.

Nicotine consumption has been also linked to unwelcome weight loss. Researchers found out that the constant intake of nicotine can cut food intake to half its usual amount.

As for teenagers, maintaining a healthy diet helps them grow properly. If they start eating less and less because they’re vaping more, this could lead to further issues.

So, imagine if a teenager is already underweight and needs a healthy diet to put on some pounds. If they’re exposed to JUUL’s, they might be prone to more health risks.

In addition to nicotine, research has found that the other elements that make up the inhaled solution might be toxic.

When this solution is inhaled, these chemicals interact to produce formaldehyde-releasing agents. If you don’t already know, formaldehyde is responsible for many health issues.

Issues like the risk of ALS, chest pain, shortness of breath, coughing, and throat irritation might be caused by formaldehyde. Also, it can cause cancer, asthma, and allergies in kids.

If the fact that JUUL’s have nicotine isn’t enough to make parents concerned, then this should.
According to these statistics, 316 vape explosion incidents have been reported to the media since January 2017.

You might be wondering what exactly causes an explosion. E-cigarettes are powered by Lithium-Ion batteries, which might explode if charged incorrectly.

As expected, a battery explosion might lead to injuries and burns. Also, there isn’t a specific timing when those batteries are more prone to explode. If you’ve taken a look at the statistics, you’ll find out that only 82 out of 316 explosions occurred during use.

As for the explosions that happened while charging, they were 92. Also, 75 incidents happened during storage, transportation, or unknown circumstances.

After looking at all the facts, we concluded that the risk of a JUUL explosion is high. Injuries of an explosion might lead to more problems.

Aside from addiction, nicotine health risks, and explosions, there are other potential dangers to keep in mind.

How JUUL’s Found Their Way to Children and Teens

It seems like JUUL’s only dedicated its marketing to adult smokers. But after you look more into it, you’ll discover how their products had the attention of kids and teens. That’s why many lawsuits are getting ready to be filed against JUUL’s.

Let’s think like the mind of a teenager, and find out why vaping might become attractive to them.

First of all, vapes have the reputation that they’re safer than cigarettes. So, with this in mind, teenagers feel liberated when they vape. Not only do they feel safe from parental judgment, they’re also convinced that vaping doesn’t pose any threat to their well-being.

Second of all, the USB-shaped design can attract a kid’s attention. Along with the many flavors that JUUL promotes. For a kid, it’s like trying new things and having fun.

Another factor that might make JUUL’s hard to discover by parents is that they’re small devices. They’re discreet and cause no strong odor. So, parents or teachers at school may not have an idea that their kids are using them.

There’s another obvious reason why teenagers might want to try vaping. Since they spend most of their days at school, they’re subject to peer pressure. Especially if they think that vaping makes them look cool and gives them that laid-back look.

If you look at all these factors together, you’ll understand why e-cigarettes like JUUL’s became the most popular among the youth.

Before August 2016, e-cigarettes were not subject to the rules that apply to regular cigarettes. E-cigarettes didn’t have to be approved by the Food and Drug Administration (FDA). So, it wasn’t illegal to sell e-cigarettes to minors.

But due to the rising popularity of e-cigarettes among teens, public health groups sued the FDA for taking too long to regulate them. As a result, the FDA finally made a move in e-cigarette regulation.
Now, it’s illegal to sell these products to anyone under 18. Also, retailers are required to check the ID of anyone under 27 of age.

Additionally, e-cigarette manufacturers like JUUL now have to get the FDA’s approval on new products. This could lead to safer products with fewer risks.

Action You Can Take

If a JUUL product has caused harm to your child by developing nicotine addiction, or another health issue, you can file a JUUL lawsuit for compensation. If you find out that their first use of the product was before November 2018, you might win this case.

You can be encouraged by the fact that more and more concerned parents are filing lawsuits against JUUL for many reasons. Even though legal action began only recently, we predict that JUUL will have to compensate for so much damage.

We’ve all fallen for the charm that e-cigarettes had. They promised a safer, improved experience for people who wanted to quit smoking. Also, they claimed they would make the world a better place.
But nothing should be taken for granted. That’s why the JUUL lawsuit has started to get every parent’s attention.

As parents, teachers, and responsible individuals in society, our job should be to care for our youth. By taking care of them, we mean always looking more into the new habits they get and making sure the products they use aren’t harmful.